This is a sample agreement between employer and employee to resolve any and all dispute arising out of their employment relationship through arbitration. 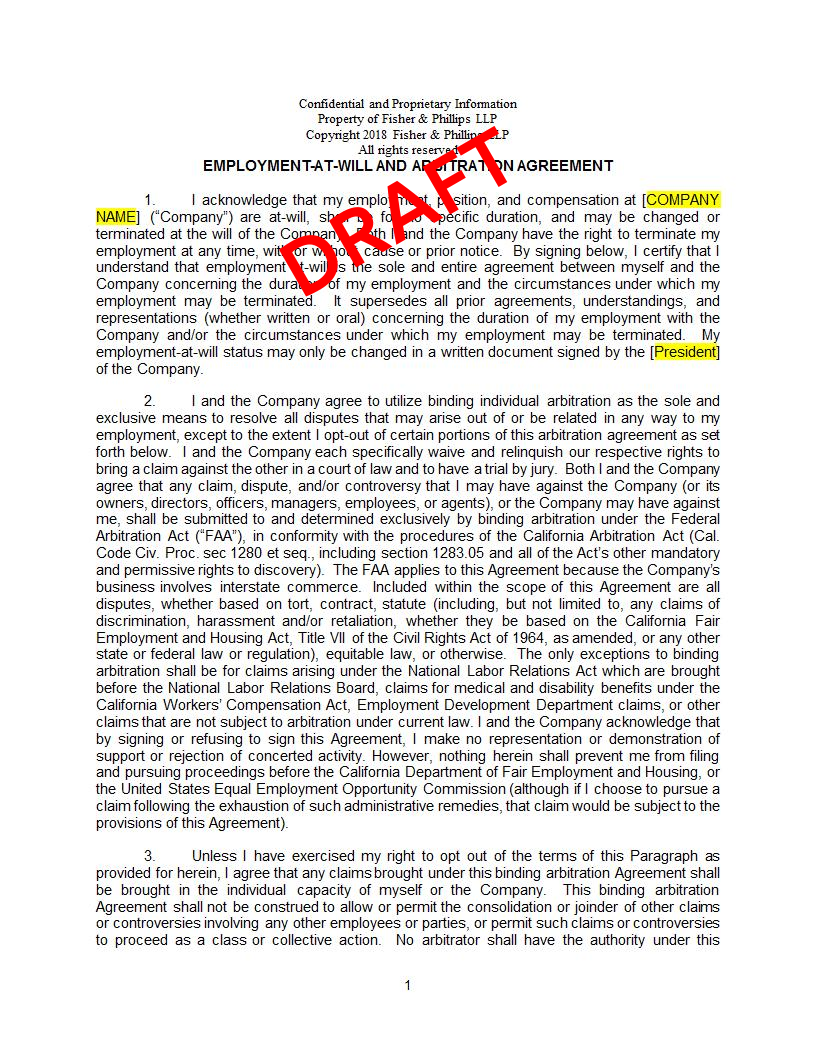 Join us as we commemorate 170 years of strength and security, and look toward the future…

It all began on April 12, 1845, when the foundation was laid for a new enterprise that would come to be known as the New York Life Insurance Company, Elected Secretary Lewis Benton purchased the first policy for $5,000. So began a legacy of security and a commitment to keeping promises reflected still today in our core values.

As President and Chairman (1907–1932) Darwin P. Kingsley said, “When will New York Life be finished? Never! Its foundations are as deep as human love; its spires disappear in unfulfilled dreams of human aspiration; its great arches support an expanding nave which can cover and protect all who come.”

That passion and commitment to protection have continued unabated for nearly two centuries. We’ve seen the nation evolve and events occur that affect the lives of Americans: from the Civil War, to the 1906 San Francisco earthquake, to the 1929 stock market crash, to Hurricane Katrina in 2005, 9/11, and of course, the recent recession.

The company’s 170th anniversary follows on the heels of a record–setting financial year in which we added more to our surplus, becoming stronger than we’ve ever been.

What does this all mean? Two things come to mind:

So join us as we commemorate 170 years of integrity, mutuality, humanity, and financial strength, and as we look toward a bright future built on those same values. And if you happen to meet with your agent, tell him or her happy anniversary as well. After all, it’s their dedication and exceptional service that sets us apart from the rest.

Most importantly, we’d like to thank you, our policyholders, for your unwavering support through the years. For a copy of the 2014 Report to Policyholders, visithttp://www.newyorklife.com/report-to-policyholders. Here’s to the future!

eSpymall.com has been a leading manufacturer for advanced CCTV, DVR and covert surveillance equipment for many years. Security installers, detectives, government agencies and law enforcement groups have welcomed our products worldwide. An establisged and fast-growing Company!